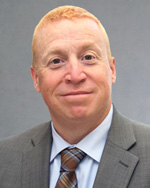 Matt Doyle was named President and CEO of Methodist Hospitals in July 2020, bringing with him 25-years of experience in health care finance and administration.

The son of a nurse, Matt was drawn early in life to the health care profession and to the calling of service to others. One of his first jobs was as a hospital orderly during summer months, where he developed a life-long respect for people who devote their lives to caring for others, as well as a deep interest in the workings of the business of health care.

Matt describes his leadership style as one of servant leadership and he takes great pride in serving the communities of Northwest Indiana.

On October 1, 2019 Matt returned to the Methodist Hospitals family in the role of SVP, Chief Financial Officer following a year and half at Mt. Sinai Healthcare system in Chicago.

Matt graduated from Franklin University with a Bachelor of Science in Accounting and Finance and is a member of the Healthcare Finance Management Association. 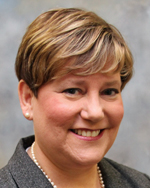 Marla Hoyer-Lareau was named Senior Vice President, Chief Nursing and Operations Officer in August, 2020. She joined Methodist Hospitals as Senior Vice President and Chief Administrative Officer in December, 2019. Marla joined Methodist from long-term acute care hospital Vibra, where she was Chief Executive Officer.  Prior to that she served as Chief Operating Officer at Presence Resurrection Medical Center in Chicago and spent 27 years with the Franciscan organization, most recently as Chief Nursing Officer and Vice President of Patient Care Services for the Franciscan Hammond, Munster, and Dyer Campuses.  Marla has deep expertise executive leadership, including building a culture of excellence in patient experience, leading process improvement, managing change and producing and maintaining quality outcomes.  She earned a Bachelor of Science in Nursing degree from Valparaiso University and holds a Master of Healthcare Administration with Academic Honors from the University of St. Francis. 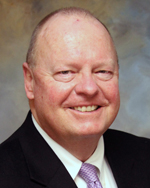 Kurt Meyer joined Methodist Hospitals in December, 2020 with more than 35 years of experience leading human resource operations in hospitals and manufacturing companies.  He has served as Chief Human Resources Officer and Vice President of Support Services for St. Joseph Health System in Mishawaka, Indiana and as Vice President of Human Resources and Physician Practices at Elkhart General Health System.  Most recently, he was Senior Director of Human Resources for Heartland RV.  Kurt has an extensive background in labor and employee relations, leadership development and talent acquisition. Kurt earned a Bachelor of Science in Business Management from Ball State University and a Master of Arts in Labor & Industrial Relations Degree from the University of Illinois. 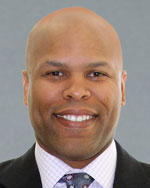 Dr. Sevier was named Senior Vice President and Chief Medical Officer in July 2020. He joined Methodist Hospitals in May of 2016 as Vice President and Chief Quality Officer. Prior to joining Methodist, he served as Vice Chief and Associate Medical Director at OSF St Anthony Medical Center in Rockford, Illinois, where he was charged with improving the patient experience and quality of care in the Emergency Department. In addition, he has served as Chief and Medical Director at Northwest Community Hospital in Arlington Heights, Illinois, where he developed and implemented a variety of initiatives to improve process flow, patient experience, clinical quality and operational efficiency. Dr. Sevier is an experienced physician and practices Emergency Medicine. 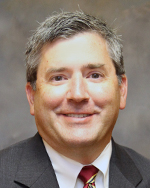 Wright Alcorn joined Methodist Hospitals as Interim Vice-President of Operation in February 2012 and in August 2012 accepted the position of Vice President of Operations. He has over 25 years of experience in hospital and health system administration and operations including clinical and support service operations, service line development and management, new program and business development and regulatory and compliance oversight. Wright has worked at Piedmont Hospital in Atlanta, Georgia, and Methodist Hospitals in Houston, Texas. Wright holds a Masters in Healthcare Administration from Washington University in St. Louis, Missouri and is a Fellow in the American College of Healthcare Executives.